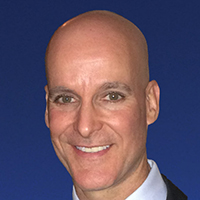 James Guerra has worked for Accenture as a Management Consultant focusing on business growth and strategy from Fortune 100 to start-up companies in the U.S and Europe across multiple industries. James was part of the core team that grew an internet-startup Mediconsult from two founders to over 200 employees within 1 ½ years generating over $6M in yearly revenues. In Europe, James expanded a company’s services and revenue streams and developed the channels to support European expansion; created strategic partnerships and negotiated agreements. Recently, James has led the transformation of a small construction business into a general contracting company increasing sales 2000% from $100k to $2.1M in three years; successfully winning key corporate accounts over seasoned and more experienced competitors. James holds an BA from the University of San Diego with honors and an MBA from San Diego State University in Management & Entrepreneurship also with honors.

James has known Patrick for over 30 years and counting. Some that know his ball playing skills might say that he should have gone to play in the “Majors” as his Little League All-Star datting average was first on his team at a staggering .508. His nickname is Henry after Henry Thoreau but with a slight modification to “Thorough” and is used by many – he responds without pause.