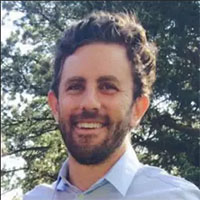 Brendan enjoys craft beers and the desert heat – together with a competitive Ultimate Frisbee game with his team Barrio, there is no better combination. Recently, Barrio achieved some success as they qualified for Nationals. They got slaughtered but Mr. Shean came back stronger despite the tears in his eyes after realizing the scope of defeat. Brendan cares deeply about his role on the Barrio team and although he is currently a bench player he aspires to achieve a much more active role in future matches.